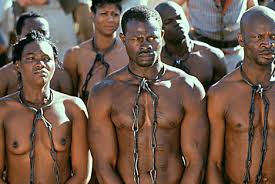 In the book of Luke and the other Gospels, Jesus spoke about the worldwide diaspora of the children of Israel.

What the children of Israel did not know or completely understand is that the proclamation by Cyrus the Great that allowed Jews living in Babylon and in his realm to return back to Jerusalem and rebuild the temple was only a temporary admission by God to allow it.

As the Bible calls it, it was only a visitation for the Jews; and I do mean Jews because it was mainly the kingdom of Judah that was sent back to Jerusalem along with their counterparts, the tribe of Benjamin and the Levites also, were sent back to rebuild the wall and rebuild the temple.

This happened spiritually so that the coming Messiah prophesied since the beginning of the world could come and die for the sins of the world.

So as the Jews were back in the land, they were being run by the Gentiles, the Romans to be exact, and they were allowed to stay in their land. However, as they stayed in their land more Jews became frustrated and wanted more control of their own country.

They started to rebel against the Roman ruler-ship and then started a war.

The Romans did not back down and as history books from multiple sources will show that they (the Romans) were executing up to 500 Jews a day.

This was a starvation tactic to help kill off the rebelling Jews. This was told to happen in the Gospels by Jesus years before this occurred because Jesus as a prophet and as the Messiah already knew what was going to happen to His people.

They were also sent as slaves throughout Africa as northern Africa is part of the Mediterranean world. Jews migrated as low as what today is, Cameroon Nigeria, Niger, Ivory Coast, and Ghana (recently found maps show the maps labeled the Kingdom of Juda from 1741).

They were taken as slaves from West Africa into the new world. All of this is documented history of the Jewish state and other countries who partook in the slave trade and distribution have also documented this in their history.

This was foretold to happen years before Jesus mentioned it in Luke chapter 19 and 21; Moses the great prophet also wrote of this in the books of Deuteronomy and Leviticus!

It is up to Black Americans and Black People all over the world to relearn what their history consists of, the good and the bad.

Worldwide Slavery of Black People is Prophetic in Scripture

If you would like more information and detailed research on ancient Egyptian history and the children of Israel, get a copy of The Dark Side of Black History today! Sign up for discounts and bonus info, audios, and video at our website…Sign up today!

Comments are closed, but trackbacks and pingbacks are open.