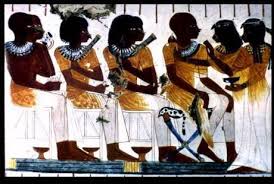 What is not common knowledge is the fact that the ancient Egyptians were a dark skinned black people. Artifacts after artifacts and research from different research depictions in the pyramids all show that the ancient Egyptians were indeed a dark skin and black people. This does not raise any eyebrows in many of the cult like black communities where Egyptology and ancient Egyptian studies is deeply studied. This may be more news to the mainstream and western teaching where Egyptians are commonly depicted as white European and/or Islamic or Arabic. This is because of the recent depictions and news that comes out of Egypt today.

Nevertheless the ancient Egyptians are and have always been a brown skin black skinned people in depictions from different encyclopedias, historical documents, and artifacts that have been discovered. Why does any of this matter or why are we still trying to prove that the ancient Egyptians were a black skinned people? The reason why is because of Bible history and the children of Israel. The thing that we, as people, have to come to grips with is throughout European history, their depictions of ancient historical figures have been “slighted.” These depictions have been placed by Europeans, and the depiction on many different historical figures have been  of European appearance, even though they know the character or individual was a black man. This is subliminally “white-washing” history. 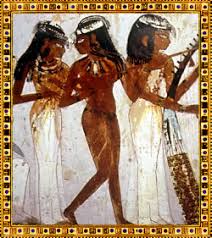 According to Historical Sources: The Ancient Egyptians were Black Skinned People

According to Biblical Description: The Ancient Egyptians were Black Skinned People

Locate and identify the real ancient Egyptians’ offspring today, and you will begin to be able to locate and identify the real children of Israel today also. For more information and detailed research on ancient Egyptian history and the children of Israel, get a copy of The Dark Side of Black History today! Sign up for discounts and bonus info, audios, and videos… Sign up today!