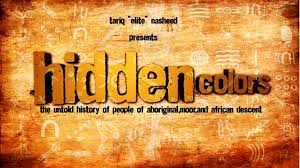 Ever since the black man came into contact with Europeans through the slave trade there have been a number of legitimate questions concerning the original Black.
One of the first questions is which of the sons of Noah is the father to the black man living in America?
The second question is where does the black man get his own origination from? Where is he from?
Another additional question that I definitely want to put forth is, what is he is he, an African or a Mesopotamian? In the documentary Hidden Colors they offered a lot of insight on the color of ancient people who have been depicted as white European over the years.
Also author Lee B. Cummings showed in his book The Negro Question a lot of facts and pictures of documenting the ancient great civilizations were indeed black people.
One thing that will surprise many black people and people in general is that blacks in America are not African as in they are not from the ancient Egyptians or from the son of Ham, Biblically speaking.
Blacks are from Mesopotamia. Blacks came from Sumer; if you remember in the Bible Abraham had his origination in the land of Ur or Sumer or another way of saying Shinar.
So Abraham was a Mesopotamian, he was a black man because Mesopotamians were known and shown (through artifacts and depictions) to be dark skinned brown people.
In fact Sargon the Great gave the testimony that he ruled over the black headed people. In the movie Hidden Colors, you can get a lot of insight as well you can find a link here (Hidden Colors Film).
keep in mind, I do not agree with everything shown in the Hidden Colors film, however, their insight will help debunk many misconceptions black people have about themselves, their history, and the greatness, and potential.
Koko Ishe